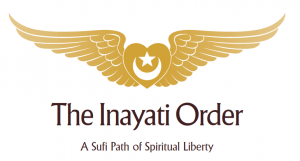 1. What is Sufism
“Sufism is the religion of the heart, the religion in which the most important thing is to seek God in the heart of humanity.” — Hazrat Inayat Khan

The heart is the wellspring of our deepest motivations, a container for love. The goal of Sufism is to develop the capacity of the heart—the capacity to hold all the complexities of life in a matrix of love—and to discover the divinity inherent in all of creation.

Sufism is not a religion in the sense of being a system of beliefs, separable from other religions, but an experiential school focused on the cultivation of the heart and the deepening of awareness through the practice of prayer, meditation and spiritual inquiry.

While there are many Sufi schools and lineages, the Sufism of the Inayati Order is universalist in its acceptance of all people and paths leading to the unfoldment of the light and power latent in the human being.

Sufism is an endless path, pursued over a lifetime. The simple pointers you will find here—to information, books, audio, video, as well as classes and retreats—we hope will bring you closer to that which you seek.

2. Objectives of the Inayatiyya
“The objectives: to realize and spread the knowledge of unity, the religion of love and wisdom, so that … the human heart may overflow with love, and all hatred caused by distinctions and differences may be rooted out.”
— Hazrat Inayat Khan

The Inayatiyya*, formerly known as the Sufi Order International, is an international organization dedicated to the universal Sufi teachings of Hazrat Inayat Khan, who first introduced Sufism to the Western world in 1910. The Sufi teachings proclaim the knowledge of divine unity—of all peoples, all religions, and all existence—and the religion of the heart awakened to the beauty in all creation.

3. Our lineage
Sufism is said to have existed among the prophets of all peoples and cultures from the earliest times. From the prophets, the wisdom of Sufism was imparted to the saints and masters of all traditions. However, a historical tradition of Sufism can be clearly dated to the 7/8th-century C.E. in the Near East, from which stem numerous unbroken lineages passed from master-to-disciple down to our own day.

In the chain of transmission of the Inayatiyya, the teachings and lineages of four great Sufi orders—the Chishti, Suhrawardi, Qadiri, and Naqshbandi—are united in its founder, Hazrat Inayat Khan. Today, there are numerous lineages and organizations tracing their origins to him. The Inayatiyya represents the lineage passed directly to his eldest son, Pir Vilayat Inayat Khan, and currently led by his grandson, Pir Zia Inayat-Khan. 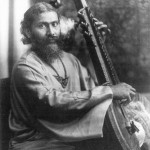 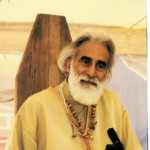 See: Inayati Order website for more information about our lineage.

4. The five activities
Over the course of his life, Hazrat Inayat Khan envisioned and developed Five Activities to help one explore the inner life and how this life relates to the outer world.

THE ESOTERIC SCHOOL or INNER SCHOOL is the primary vehicle of Sufi transmission and education for initiates of the Inayatiyya. This training is provided through the sacred bond of initiation, in which a student has a personal guide to journey with in the inner life. There are also classes, retreats and online classes offered locally as well as internationally. Saki Lee is a qualified guide of the Lightsong Inayatiyya centre.

UNIVERSAL WORSHIP is the inter-religious activity of the Inayatiyya, promoting harmony between the world’s major religious traditions, primarily through the Universal Worship service. In this service, ordained ministers (cherags) light candles symbolically representing the world’s religious traditions and read from their sacred texts, often introducing participants to an experience of the teachings, music, or chants of these traditions.

KINSHIP is an activity promoting human connection and service in the world. Within the Inayati Order, it is primarily expressed through participation in the Hope Project and the Knighthood of Purity (promoting the service-oriented, chivalric values of Hazrat Inayat Khan).

ZIRA’AT is an activity which uses the symbols and processes of agriculture to promote an understanding of the earth’s sacredness, and to describe and facilitate growth in the inner life, bridging both the material and spiritual worlds.

THE HEALING ORDER offers education and training in the teachings and techniques of spiritual healing taught by Hazrat Inayat Khan, emphasizing attunement, prayer, breath, and concentration.

Lightsong Inayatiyya would be happy to answer any questions you might have. Please write to us at lightsong@gmail.com.

Lightsong organizes Retreats, Gatherings and Open Monthly Classes. Interested in our activities? Please take a look at our Calendar.

Links to our friends' websites